Born on September 19th, 1908 in Vahrn near Brixen ( South Tyrol), Walter Bacher apprenticed the well-known sculptor Alexander Dejaco in Brixen, to whom – he said – he owned much of his professional knowledge.

In 1931 he moved to Munich and attended two years of art school and four additional years at the Academy of Art. In 1937 he returned to Brixen and worked as an independent sculptor.

Called up during WWII, he was taken prisoner by the Russians in 1943, and after five long years in Prisoner Of War Camp in Tula ( Russia ) he was able to return home. On December 9, 1950 he married his former Masters’ daughter, Luise Dejaco and settled in Innsbruck ( Austria ) where he lived for the following ten years.

He died on November 24th, 1960 of a persistent illness contracted during his captivity. Most of his works were created during these last years.

His creations, mainly religious motifs expressing his deep faith, can now be found in churches, museums and private collections all around the world. Especially of mention are his Madonna with Child, putti, madonnas, crucifixes and his crèche set. One of his famed works of art is the popular Bacher Nativity scene, reproduced and distributed exclusively throughout the world by the ANRI Company. 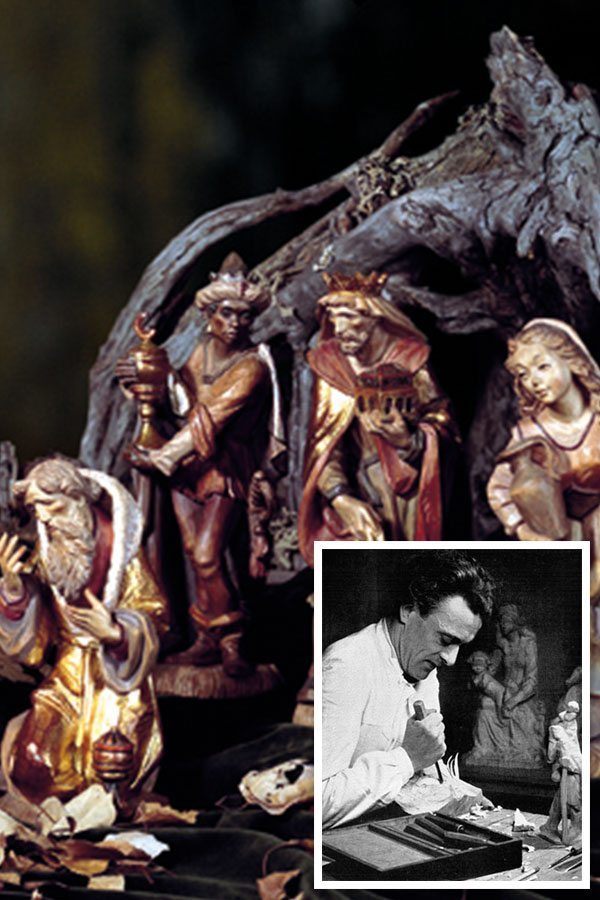